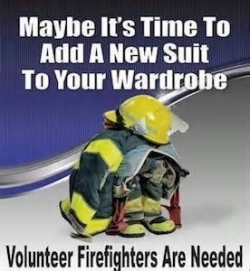 Looking for something to fill your free time? Contact your local fire company. We offer free training and a free uniform And also firevest.Stop by the station or fill out the online application and so...
Read more »
Highway Safety
Mon. Jul 20th 2020 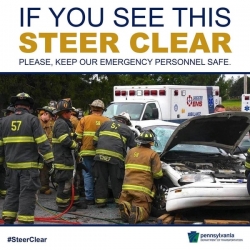 #moveover #slowdown #steerclearPretty simple concept and yet each and every day emergency responders are struck. This evening a tow operator from H&S Towing Service, Inc. was struck & killed b...
Read more »
Firerescue1 Daily News
Maine fire union blasts chief for not allowing shirts supporting troops to be worn on duty

Former La Junta Fire Chief Aaron Eveatt, who is on probation for a previous embezzlement conviction, reportedly presented a misleading ID to the county clerk's office

5 tips for keeping your sanity during the COVID-19 pandemic

Salem Fire Chief Rick Todd, who was also a paramedic, was a well-known and respected member of the local fire and EMS community

Photo of the Week: 'It takes your team to be successful'

The memo, sent to all the state's fire departments, said any department that wasn't a certified EMS agency needed to immediately stop providing BLS

A civil service commission determined the firefighter-EMT, who accused the department of race discrimination, violated sick leave policy but ordered he be reinstated, suspended and demoted

How months of civil unrest forced the fire service to build new community relationships, fight for access, step up communication and protect its members

Communal meals may be limited, but we can find ways to maintain the shared kitchen table time that builds a sense of family

‘Be rigorous but not ruthless': 6 strategies for new chiefs

Words of wisdom to help avoid those common pitfalls of taking on a leadership role, aka entering the ‘minefield'

Ind. apparatus split in 2 in crash with semitrailer 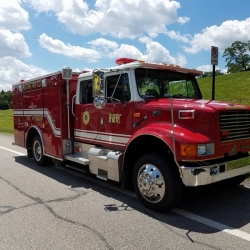 Copyright © 2006-2020. YourFirstDue Inc. All Rights Reserved. Designated trademarks and brands are the property of their respective owners. Content on this web site is supplied by Keating Fire Company. YourFirstDue Inc. cannot be held responsible or liable for any content, text, pictures, or any other media found on this web site. Maintained by the members and staff of Keating Fire Company.
Management Login
Powered by